This past weekend, Team #77 Racing had the pleasure of racing on ice at Xfinity Arena in Everett, WA! Our family has participated in ICE Racing for 10+ years now – but this was our first year building entire classes sponsored by us ‘as a team’. 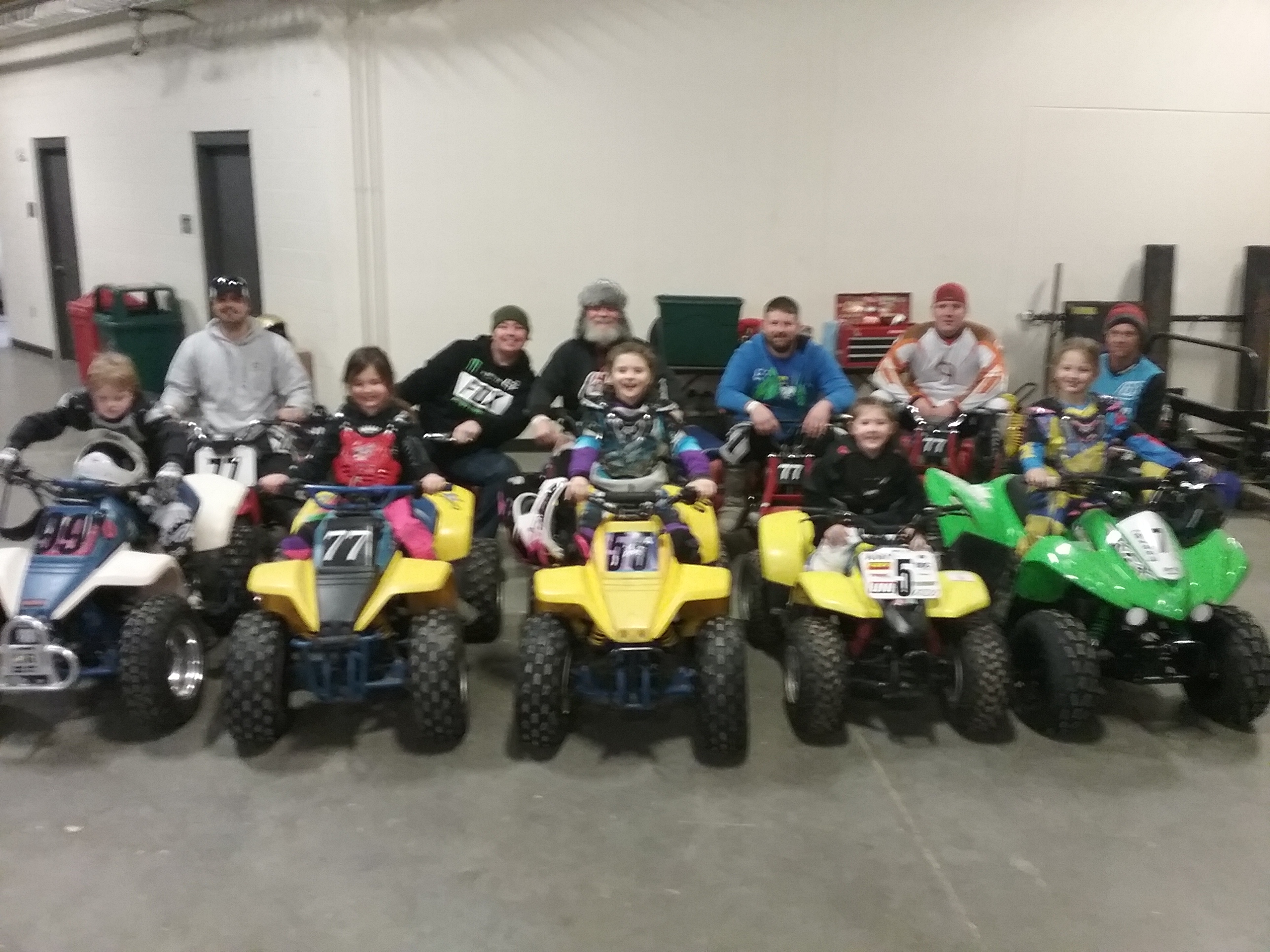 The kid’s class consisted of 7 riders for the night: Kaleah, Addy, Maybelline, Penelope, and AJ {all friends/family of Team #77 Racing} + Blake and another little gal. 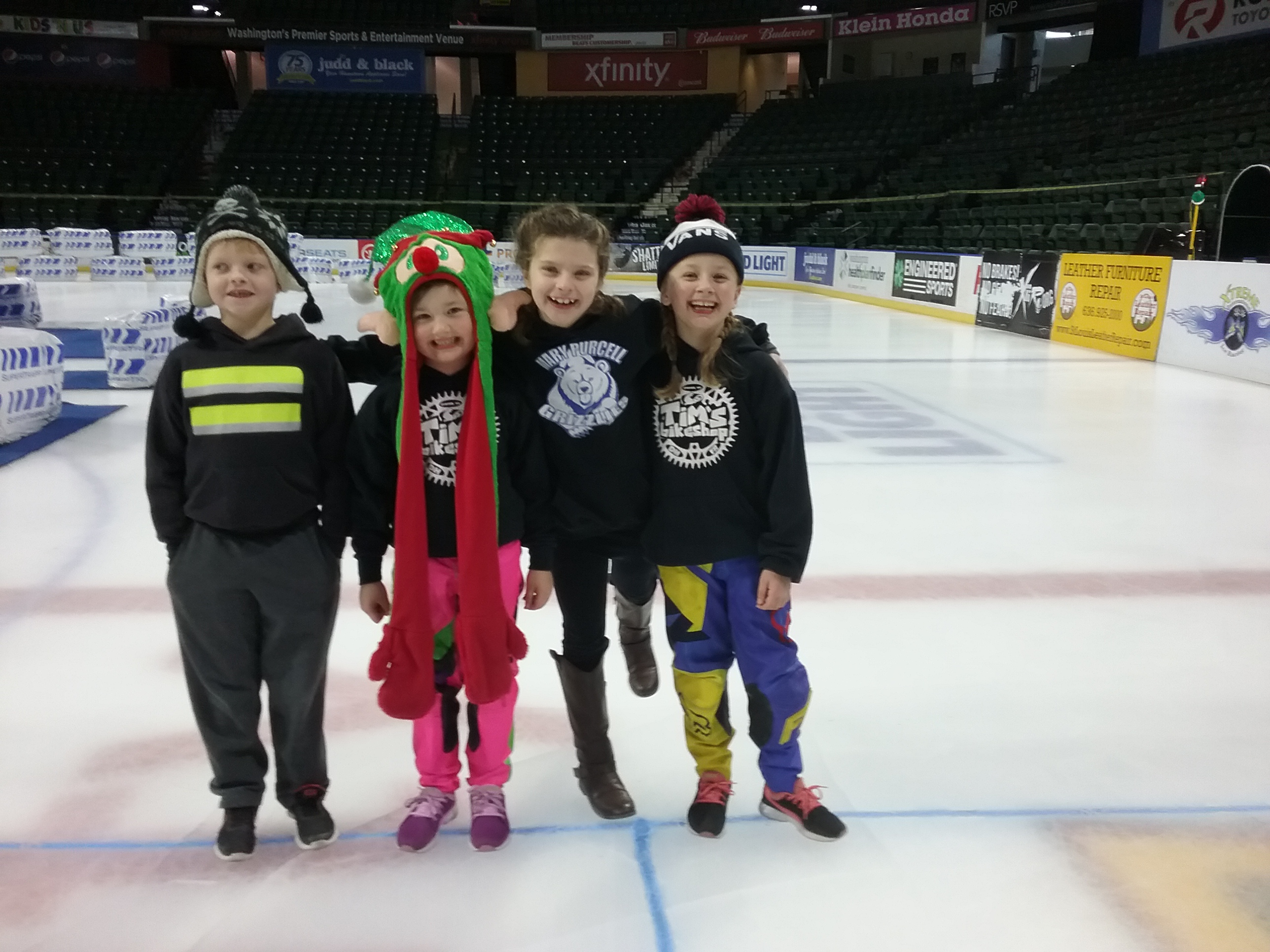 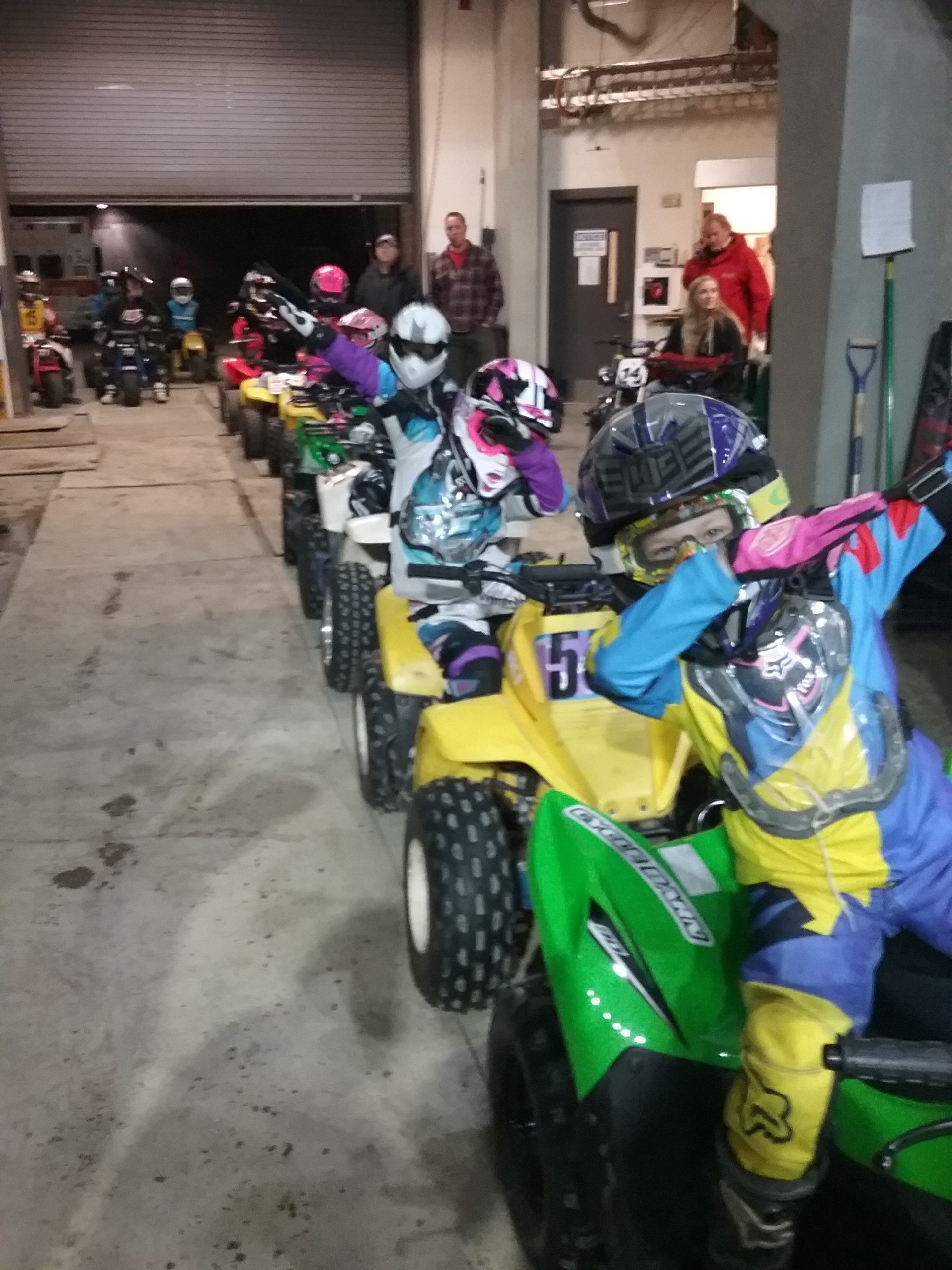 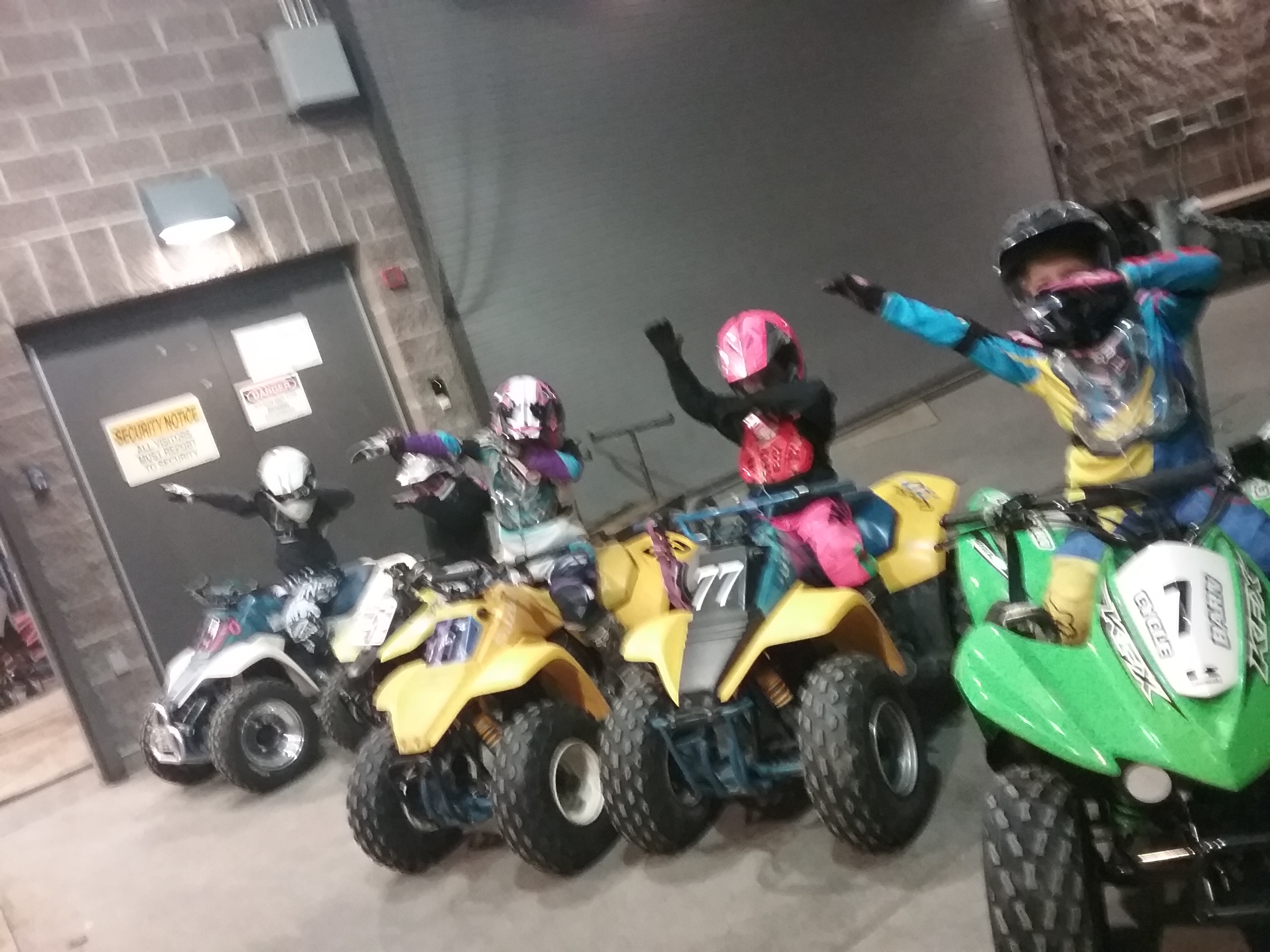 Poppa Wheelie had raced 3-wheelers on ice before, for several years – but never un-studded. Dan had just recently started racing his 3-wheeler on dirt. For Jeff, Scott, and Travis – it was the first time racing a 3-wheeler at all for them. They LITERALLY put on the best show of the night!

Everyone arrived to the track by 4pm, and got registered. We had a team dinner over at Buzz Inn, and made it back just in time for the riders meeting. Everything from there on seemed like a blur…as the kids’ quads and the 3-wheelers were racing ‘back-to-back’, and both had 2 heat races and one main.

This year, I was lucky enough to capture video of all 6 of the races that happened that night! Below are the race results and video…ENJOY!

We couldn’t be any happier about how the night went! Everyone had such a blast, and the kids all had grins from ear-to-ear…

A HUGE thank you to Xtreme International Ice Racing – XIIR for having the Team #77 Racing crew out to Xfinity Arena to race on the ice! 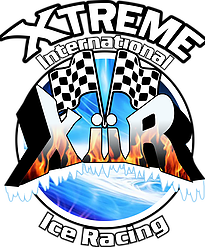